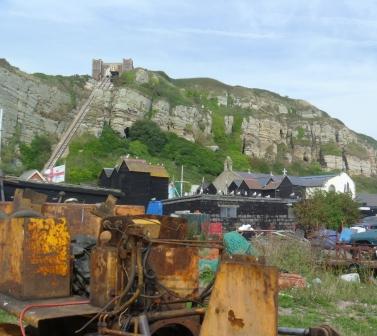 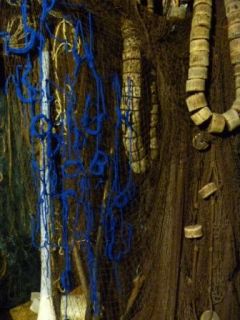 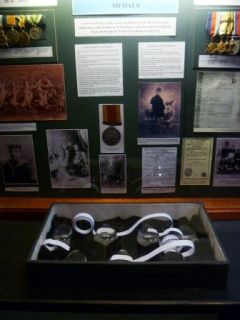 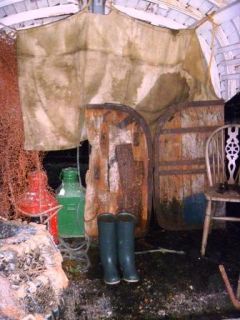 Some of the works are created with direct historical references such as the Morse code in All souls, which transcribes a

section of a psalm which is directly referencing perils at sea and is often used in church services honouring fishermen and sailors.

Those who go down to the sea in ships, and ply their trade in great waters; these have seen the works of the Lord and his wonders in the deep. For at his word the stormy wind arose,

and lifted up the waves of the sea. They were carried up to the heavens and down again to the deep their soul melted away in their peril. They reeled and staggered like a drunkard
and were at their wits end. Then they cried to the Lord in their trouble and he brought them out of their distress. He made the storm be still and the waves of the sea were calmed,

then were they glad because they were at rest and he brought them to the haven they desired. Psalms, 107:23-30, KJV

Similarly the hand-knitted letters in Brothers, reflects on the way mothers and wives would knit the initials of their loved ones into their jumpers.  Sadly this was a way to identify the fisherman if

he lost his life at sea.

The installation One to Carry with Me, comprises of the superstitious objects thought by fishermen to bring luck at sea, a piece of fur, salt, a gold earring and a baby’s caul (which was thought

to protect from drowning).  Rats on board were also seen as a good sign, as proof of a sound ship. Whilst Star Map carries constellations surrounding the North Star, a traditional navigation

tool for fishermen and sailors alike to find their way across the seas.